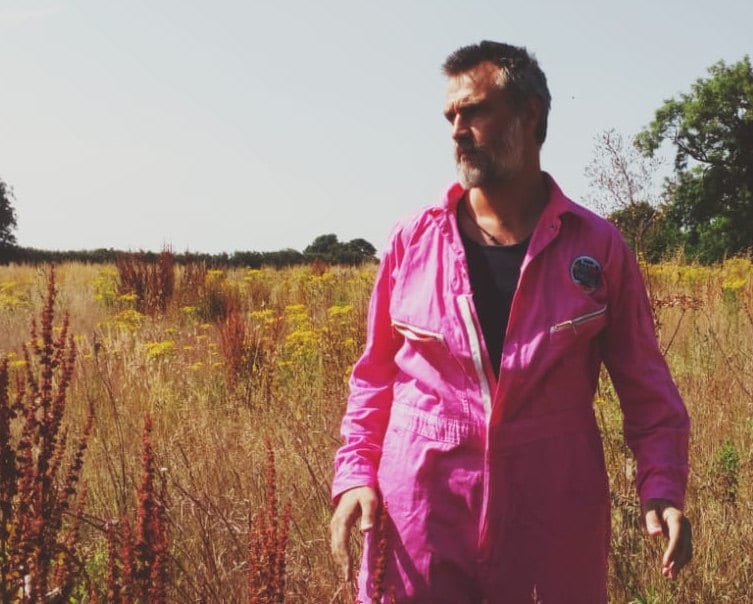 Behold- Richard Daniels; author, performer and podcaster. I began writing on the back of bus tickets and sick bags, and formed a writers group that only met in graveyards at midnight. My thoughts are frequently monitored by higher intelligences from other dimensions- usually on Tuesdays.

With this synthetic mind of mine, I write many things. I write unsettling and unsual fiction- in both short story and novel formats. I write stage plays, and radio dramas. I write the odd poem or two, occasionally!

In 2018 I founded Plastic Brain Press- an independent publisher of paperbacks and podcasts, specialising in the eccentric and the odd. Through Plastic Brain Press,in November 2018, I released short story collection, Too Dead For Dreaming, a ghastly assortment of 23 stories of weirdness, wonder and woe.

In Spring 2017, my hour-long play, The Grind House, was performed at The New Theatre Royal in Lincoln. It has since been adapted into a radio play by Sheffield Live's Write Radio, airing in April 2019. It's an other-worldly tale about aliens, poets and coffee. I think you'd like it!

More recently, my literary voyage has led me into a world of audio exploration! I produce, edit and host Plastic Brain Press Presents, a showcase of esoteric and eccentric poetry and fiction. In September 2019, Plastic Brain Press released Lost In The Mind Hole, a 30 minute  psychedelic poetry soundscape, which includes my own piece, Riding Rockets. Inspired and fascinated by the power of sound and its versatility, I have begun to sculpt tracks using synthesizers and digital editing to bring my writing into another dimension! More on this coming very soon!

Much of my work explores the setting of Low Scaraby, a small and remote Lincolnshire village, plagued by strange occurrences and wrong-doings. Since visiting Low Scaraby as a young man, I have felt compelled to archive and record as much information about this place as possible- for cautionary measures, mostly.

I  have performed at many events, such as Long Division Festival, Wakefield in 2018 ,Derby's Word Wise, Spoken Weird in Halifax, and at a variety of open mic nights around the country. Hire me to shout at your events- I am available for festivals, concerts and christenings.

Get in touch at richardthewriter [!at] yahoo.com
0 items in your cart